Welcome to my brand spanking new guest post series, Mums and Music! As many of us don’t have the time to be going out disco dancing much anymore, this series is to give us mums the opportunity to reminisce about songs we may have forgotten, have a laugh at what we used to think was cool and take some time out to listen to something other than cbeebies theme tunes! This week I am very pleased to welcome my twitter pal, Lisa! Lisa has recently been teaching me a thing or two about music and she isn’t impressed with the fact that I’ve never heard of The Used!

A little bit about Lisa

Hey, everyone! It’s Lisa here from www.lisacowan.co.uk! I’m a beauty, parenting and lifestyle blogger from Manchester UK. I’m a first-time mum to Imogen and although my music tastes seem to now vary to children’s tv theme tunes, music is very dear to my heart.
I was influenced from my mother and father in two completely different paths and discovered my own tastes away from the charts at just 10. I was always into rock and metal music with a bit of cheesy pop and fast paced dance. I was lucky enough to be able to follow a lot of bands in my teens on tour and went all around the UK and Europe to see them. I’m going to try and answer these questions without blabbing and share with you some of my favourites! 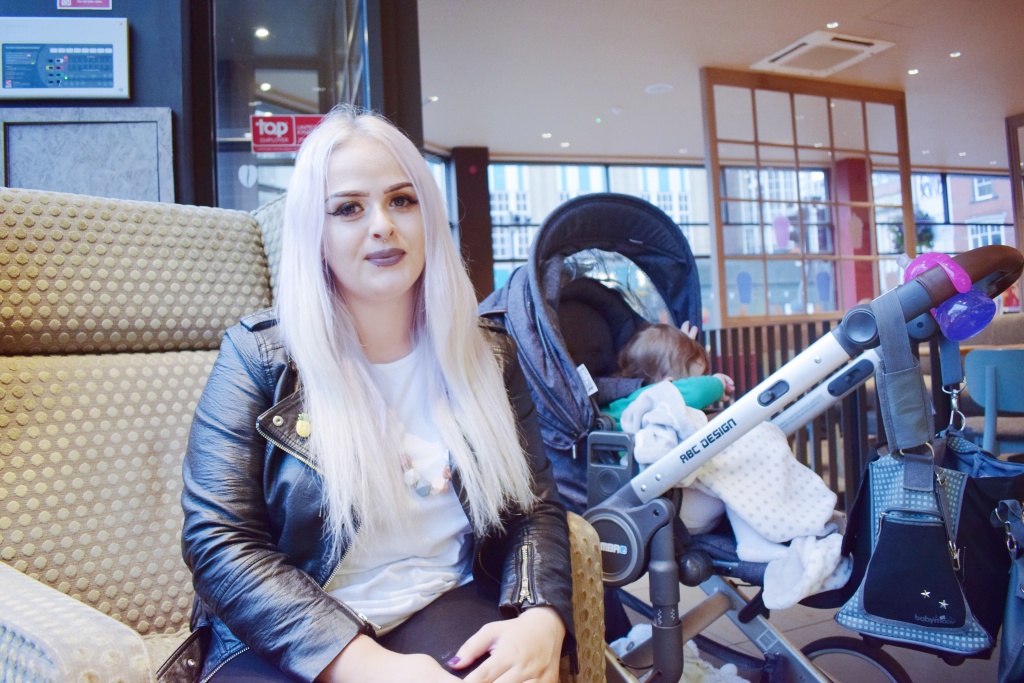 A Song From Lisa’s Childhood

Bruce Springsteen – Dancing In The Dark.

This song funnily reminds me of my dad. We don’t talk anymore but it was always a song I enjoyed listening to and with him. It was only when I was older I actually appreciated the Boss and though others are my faves, this is my childhood background music.

A Song that makes Lisa happy

I used to follow this band on tour everywhere. I was utterly in love with their music and made so many friends and we all used to drink and sing until our voices cracked every single night for two weeks. This song just sums up the general feel good vibe that we had and it is one of the happiest memories in my life.

A song that psyches Lisa up

Bury Tomorrow have been a band I’ve known for about 8 years now and it’s crazy because they’re just getting bigger and bigger. This is from their first album and I get so pumped listening to it because it reminds me of stage diving a million times. So proud of the lads!

A song that makes Lisa sad

Throughout my life I’ve suffered with mental health problems. I have good days and bad days. The extremely bad days I can pick apart more than anything from the same songs I listen to. When I get to this song it means I’ve sunk and I’m on a spiral. It makes me sad because it’s a trigger song in a way and I can’t stop myself. There isn’t songs that make me emotional as such.

Lisa’s favourite song from a film

This song is from Mockingjay part 1 of the Hunger Games. I was such a huge fan of the books and read each one of them in a day after my pen pal (yep even in this day and age) from Australia sent it to me. She was so determined to get me to read them and I was a huge fan and followed everything to do with the films. I love Lorde and think she’s such a talented young woman.

I really really wanted to put Friends here because it’s probably my most watched. Followed by the GOT intro. I never get as excited as I do for when a new Orange Is The New Black series starts and I chant and shout the theme tune dead giddily around the house. You just can’t not right?! The animals.. the animals.. they’re TRAPPED TRAPPED TRAPPED til their cage is full THEIR CAGE IS FULL

And that’s everything! Honestly my music taste is so varied this is just the cherry on the cake! I hope you enjoyed reading my faves.