Another week of being ill! These coughs will not shift! So not a lot to report here. Lots of watching The Wiggles going on. Is anyone else have a child who is a fan of The Wiggles? RLT is bordering on being obsessed. This image is of him watching them on the tv. He thought him and the cat were having a lovely bonding moment of watching them bash out another hit such as ‘Hot Potato’ or ‘Toot Toot Chugga Chugga Big Red Car’ but what RLT isn’t aware of is the mouse that is hiding behind the speaker of the TV that the cat is waiting for. I put a humane trap down next to it and couldn’t do anything else as they TERRIFY me. They seem to hop around and I don’t like that…. but yes, joys of living next to a nature reserve, being a cat owner and letting said cat have a cat flap in the internal door of the house as well as the outside one. We think she is trying to teach the little man how to hunt, as they’re always alive. Gross but true. If you’re wondering why I don’t take more drastic action with the cat, you can find out why I’m so soft with her here. 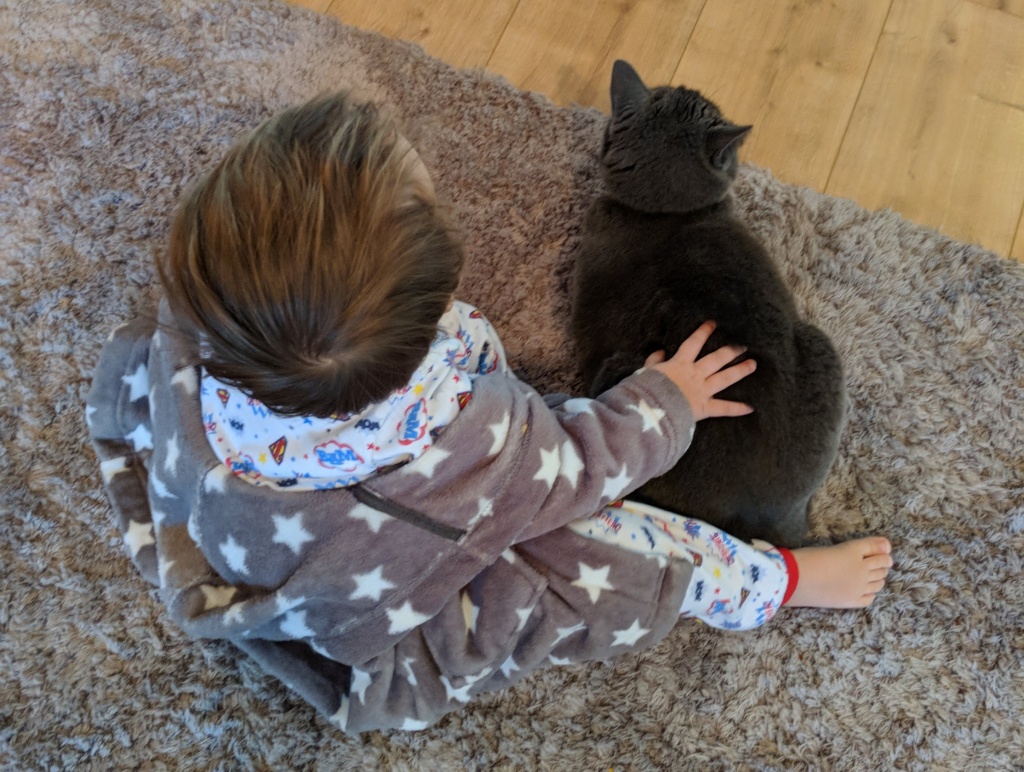