Disclaimer: Sleep Plan mentioned in this blog post was gifted by Baby 2 Sleep for the purposes of honest review. There has been no editorial control over this post and all opinions remain my own.

Anyone who knows us will know that I am constantly asking anyone and everyone for advice on getting my eleven month old baby to sleep more and better; why won’t my baby nap? why is he still waking four or five times a night? how can I cure baby FOMO?

I thought that because I was still breastfeeding, at eleven months, that this was why he was still not sleeping through the night. But as he is eating [alot of] solids through the day it didn’t make sense as to why he wouldn’t nap. Yes, our house isn’t always quiet because of his three-year-old brother, but even when RLT is at nursery, little one only goes down for such a short time. Why won’t my baby nap? 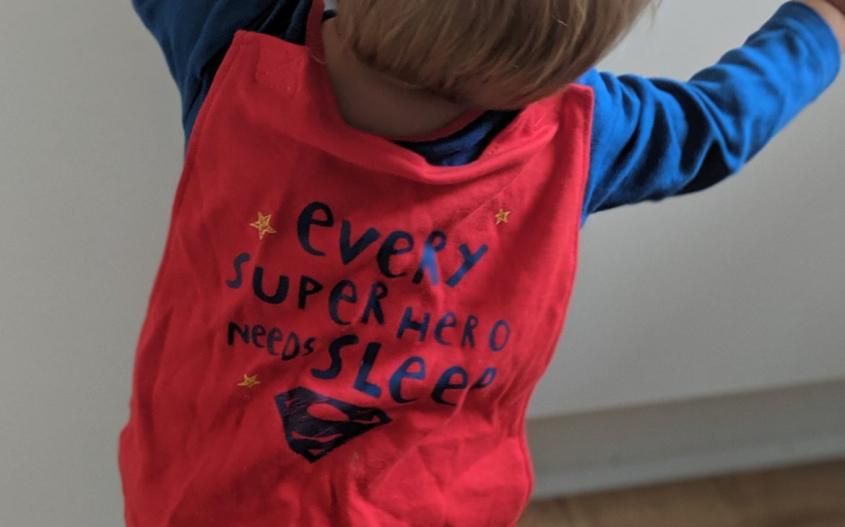 This lack of quality sleep, I was sure, must be affecting him cognitively. Although he doesn’t show any signs of ever being overtired as he smiles from the moment he wakes to when you try to get him to sleep (then all hell breaks loose). The lack of time for myself, for my other son and to basically do anything without a very inquisitive baby with me, was beginning to take its toll, so when I saw the opportunity to review a build your own sleep plan from Baby 2 Sleep, I contacted her asking for help in answering why won’t my baby nap? Why does he hate sleep?

Nicole, who owns Baby 2 Sleep is a sleep consultant who is one of the very few I’ve found that has actual qualifications. There are lots of accounts on Instagram from people who are not qualified and encourage you to let your baby cry to sleep, which is a terrifying concept to me. So I was grateful to find Nicole who practises gentle and reassuring sleep methods.

Nicole provided me with the tools in the form of videos which cover different topics related to sleep, which informs your knowledge of sleep (I clearly had none), which in turn helps you to help your baby.  Because I’ve been single-handedly potty training a three-year-old at the same time as trying to watch these videos, I’ve had to dip in and out as it’s like trying to watch something in the middle of a rave when my kids are together!

I haven’t managed to watch all of the videos yet, but the ones I have I can honestly say have completely opened my eyes. I have made some small changes at naptimes, which have already started having a massive impact. Nicole explains sleep so magnificently, how bodies fight sleep, what we need to promote good sleep and advice for how to gently prepare our babies for sleep. The videos I have access to are for babies aged between 9-12 months so are spot-on for the needs of E. From only watching six videos so far, which are around five minutes in length, I already recognise that E was struggling with being over sensitised, over-tired and not being able to stitch his sleep cycles together without feeding and I never realised that before. I thought that he associated breastfeeding with sleep, but I never understood how much this was impacting on him moving through sleep cycles on his own.

We’ve made some minor adjustments in his nap routine, simple things that I had never thought of such as if he wakes earlier for the day, his nap needs to be earlier, the next nap needs to be a certain time after waking and longer than the one before. It sounds ridiculous even typing that because it seems so obvious but advice on how to support him to go to sleep without feeding from me and him drifting off to sleep on his own has seen overwhelming changes. Where a few days ago, I would have to feed him to sleep on the bed, he’s now having his naptimes in his cot. This is massive for us as I now have that naptime for one-to-one time with his brother, so it’s making a world of difference to our entire family.

I’m excited to update soon as I should finally get to watch all of the videos during naptimes today and I will update in a week or so, when I have been able to write up an entire plan which also looks at bedtime. As I’ve been solo parenting and on late train station runs, bedtime is still a little up in the air – but I have definitely identified the issues in that, thanks to Nicole’s videos, so I look forward to being able to implement some changes to help! Then I will just have the issue of the three-year-old who also doesn’t seem able to stitch his sleep cycles together and likes to bed hop during the night!

Why nursery gives you things that mummy can’t