Disclaimer: Lapland Letter mentioned in this blog post was gifted for the purposes of honest review. There has been no editorial control over this post and all opinions remain my own.

With having a three-month-old baby and a toddler adjusting to the new addition, we didn’t really get in the festive spirit last year. We were basically just trying to get through the tantrums! So this year we are very eager to have the best Christmas we possibly can as a family!

R gets quite overwhelmed when out of his usual routine and with organised fun in general, so we have been slowly trying to introduce the notion of Santa and Christmas to him with a view to it being the norm when Christmas time is here. So we jumped at the chance to receive a lovely ease into the festive season from Lapland Letters. They’re obviously still only small at ages 3 and 1, but we thought it would be the perfect way to introduce the magic to R… and we obviously couldn’t leave the little one out – especially as he has FOMO (fear of missing out!).

Here are the boys opening their letters:

R straight away recognised Santa and was really excited. He couldn’t contain himself to sit and listen to the entire letter straight away as the appeal of colouring in the sign to put on the door hanger was too much. He asked his dad read it to read him his letter before bedtime rather than the usual story. He was absolutely amazed that it mentioned his little friend from nursery. 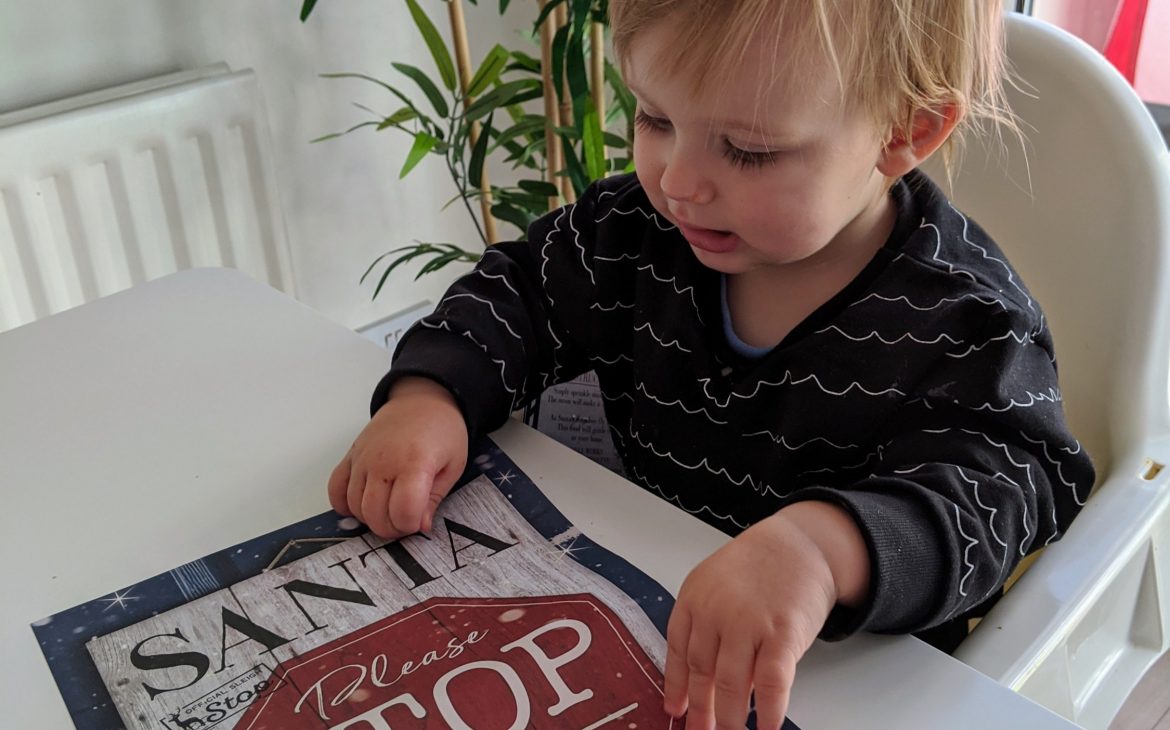 When my mum popped round the next day, I got the package out to reinforce the magic, as I knew she’d help get into the spirit and I was amazed at him getting the reindeer food out and explaining to her what it was and what you did with the ‘Santa Stop Here’ sign. I was so impressed he’d taken it all in as I wasn’t sure how much he would understand, but he’s definitely impressed and he’s been talking about Santa more and got very excited to see him at the DIY shop! 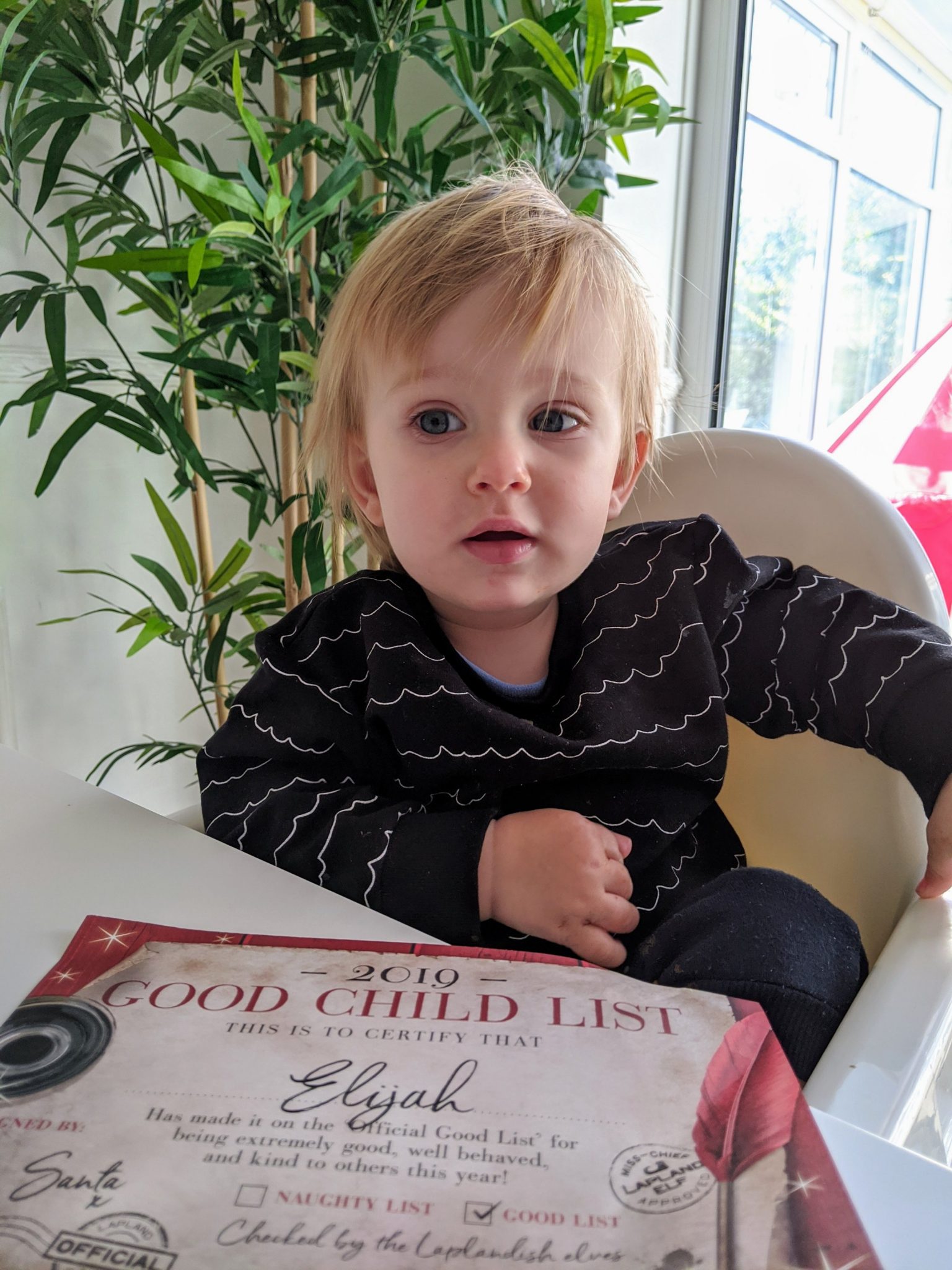 There were other additions such as a Santa map to show his journey to the house, which I will show him on the lead up to Christmas and some wishing stars to add to the Christmas tree when we put it up in a few weeks. It’s all professionally printed, just as you would expect from Santa and the envelope was handwritten by an elf.

It was a massive hit, so I was really happy it had the desired effect. I personally couldn’t believe that either of them was on a good list! But apparently they were and they both have Good Child Certificates to prove it!

The End of our Breastfeeding Journey